The Positives – there’s so many!

The most important part of raising a child with ADHD is to recognise their attributes. Focus on the positives and leave the negatives out!
Remember – your child has a very different brain which makes him/her remarkable.

Visit https://adhdrichmond.org/famous-adhd to see the well-known people who have/had ADHD and yet gone on to reach great heights.

Curious, Problem Solving Ability: ADHDers thrive on solving problems and puzzles. Give them an interesting problem to solve and they won’t be able to drop it until they’ve found the solution! Inventor Thomas Edison is believed to have had ADHD

Creative: Hands-on jobs are great for those who are restless or easily bored at a desk. They often offer the use of creativity and problem solving skills — areas people with ADHD often excel in. Research supports the common idea that people with ADHD are more likely to reach higher levels of creative thought and accomplishment. The racing ideas in the minds of people with ADHD can contribute to creative thinking. Writers, painters, musicians, film makers, designers, sculptors, comedians – the list goes on! Artistic talents are abundant. Composers Mozart and Beethoven are believed to have had ADHD

Energetic: Yes, we all know about the hyper-activity but turn that to good use! It’s no secret that thoughts are constant and moving very fast for most people with ADHD. Harnessing that attribute can mean success on the job.  They thrive in an environment that is stimulating.

Eager: Many people with ADHD are motivated by interest and urgency. Jobs where you’re passionate about the subject matter provide motivation and focus, which can help you succeed. This can be any field that you have a deep interest in — the sky’s the limit.

Sees connections others miss: Many ADHDers feel that they have a unique way of looking at the world, a perspective that others just don’t understand. You might say that they’re on their own wavelength!

Hyper-Focussed: The ability to hyper-focus is something that can be used to advantage. When kept under control and directed towards productive tasks, like accomplishing goals and living dreams, it can be an incredible asset that allows tem to get the job done, and done well!

Persistent and Driven: When an ADHDer is bored with a task, completing it can seem like torture. But give them an interesting project to work on and watch out! When they want to succeed, and have the necessary tools to do so, there is no stopping them!

Entrepreneurial: Not only does an entrepreneur start their own business, but they are willing to take risks and think innovatively. Those are two positive skills inherent in many people with ADHD. It must be a field they are passionate about though, since running a business also requires areas where people with ADHD struggle, such as planning, organization, and self-motivation. Successful entrepreneurs with ADHD include Sir Richard Branson, founder of Virgin Group; David Neeleman, founder of JetBlue Airways; and Ingvar Kamprad, founder of IKEA.

Sense of Humor/Comedic Flair: Most ADHDers love to laugh, and many also have a knack for making others laugh! Famous comedians with ADHD include Whoopi Goldberg

Resiliency: There’s no denying that even though there are many great qualities that come along with ADHD, there are also challenges. But ADHDers have an incredible ability to bounce back from those challenges and to keep moving forward.

Intuition: ADHDers have a sharp sense of intuition. This may be due to highly tuned levels of perception, or great insight into the human mind, or something else that we have yet to understand. Whatever the reason, it’s a very useful gift!

Idea Generating: ADHDers are wonderful idea generators. They don’t usually like to be bothered with details, but can come up with ideas at lightning speed! They’re a true asset in brainstorming meetings.

Click on these photos below for background on each personality’s ADHD condition:

Lily Allen talks about her ADHD 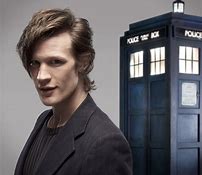 Matt Smith, actor,  says he thinks he has ADHD 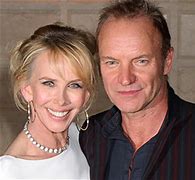 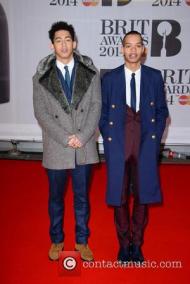 Emma Watson has appeared in 15 films gained straight As at GCSE, A Level and has a degree in English Literature from Oxford University. She was diagnosed with ADHD as a young child and was medicated throughout the filming of Harry Potter.

Lee Mack, is an English comedian and actor. In 2012, he was diagnosed with attention deficit hyperactivity disorder

Olympic Gold medallist, Michelle Carter, has ADHD and Dyslexia. Reading and spelling were a challenge for her (they still are), and she struggled to pay attention in school. Then she found her passion and talent: track and field. Watch video

Walt Disney, The Founder Of Disneyland
Walt Disney was one of the greatest entrepreneurs of all time as his presence is still felt even 50 years after his death. He took what were crude drawings and turned them into a brand that is now instantly recognizable worldwide. With ADHD, he was able to build an empire and make a product that people love and want. And as we all know, this is one of the most important things when it comes to creating long-lasting success. Fast forward to today and Disney is still one of the top dogs.

Simone Biles took the Rio Olympics by storm earning four gold medals. The  gymnast has disclosed that she has ADHD and has taken medication for it since she was a child. 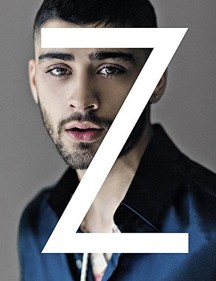 Zayn Malik, the former One Direction singer opens up about his ADHD

In 2012, Liv Tyler said she meditates to deal with her ADHD. The actress and former child model is the mother of two children and rose to fame starring in Aerosmith music videos (she is Steven Tyler’s daughter)

Alejandro González Iñárritu is known as a bold and innovative director. His movies have won many awards. He’d already won previous Oscars—Best Director, Best Original Screenplay and Best Picture—for the 2015 film Birdman. And he won another at the 2016 Academy Awards on February 28.

Stephen Fry says he would now be diagnosed with ADHD. With an outstanding career in film and television, he went on to create the outrageous Melchett in Blackadder and has become a firm favourite on BBC2 with the quite interesting quiz QI.

As a child, Ryan Gosling was diagnosed with ADHD and had trouble reading. He was bullied at school and didn’t have any friends until he was a teenager. Concerned, his mom homeschooled him for a year. Shortly afterward, he began acting. Of his 2006 Oscar nomination, Gosling says, “It meant a lot to me because it meant a lot to the people that I love. Especially my mother … she’s been fighting [for me] since I was born.”
—Entertainment Weekly

US TV star Howie Mandel talks about his ADHD

Adam Lavine is the lead singer of Maroon 5. He is one of the highest paid singers in the world. He is also a songwriter and a coach on ‘The Voice’ due to his nurturing skills and business acumen. Click the photo to read about his ADHD.

Click the photo of Will.i.am to read what some celebs say about their ADHD or Dyslexia  http://fb.me/1CkZLhXAs

Channing Tatum is one of the most widely recognized celebrities on the planet. He also happens to be an actor who has publicly shared his struggles with ADHD during his childhood. In fact, he continues to work through related difficulties as an adult. His ADHD has not stopped him from starring in many critically acclaimed movies.

Michael Phelps won 14 gold medals at the Athens and Beijing Olympics. But swimming isn’t just a winning sport for Phelps; it’s a way for him to cope with his ADHD. His mother described her son’s exhibition of classic ADHD symptoms: not sitting still or being able to focus. However, he channeled that into swimming, and with “continuous praise and positive reinforcement” Phelps had the encouragement he needed to score the golds. Watch this video

Will Smith, singer/actor says that whilst growing up he was the “fun one who had trouble paying attention”, and that today, he would’ve been diagnosed with ADHD. He also recalls having trouble reading—these days he follows along with books on tape. 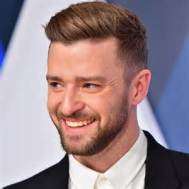